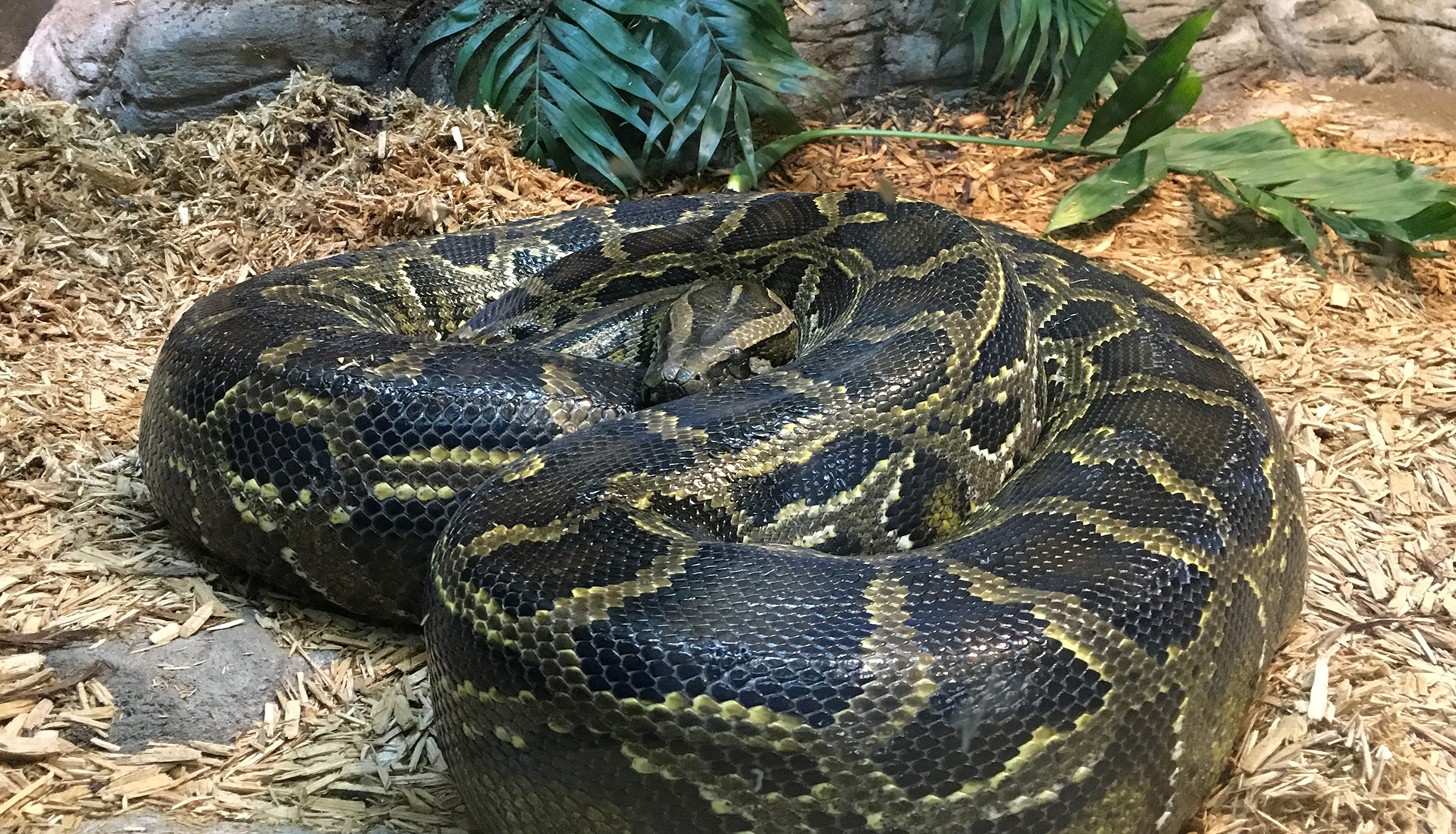 Zookeeper Joelle has a passion for animals – but that passion extends beyond her day job of caring for the more than 350 animals here at the Edmonton Valley Zoo. Joelle articulates skeletons! 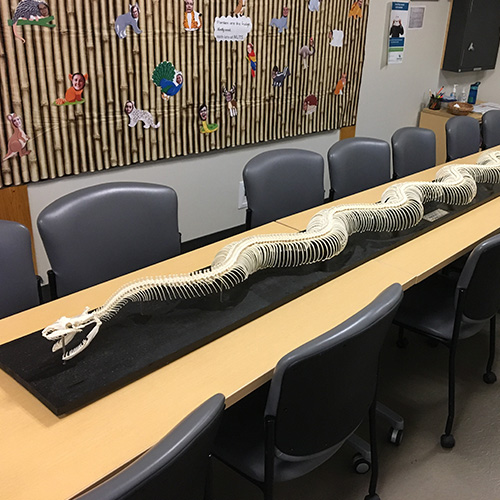 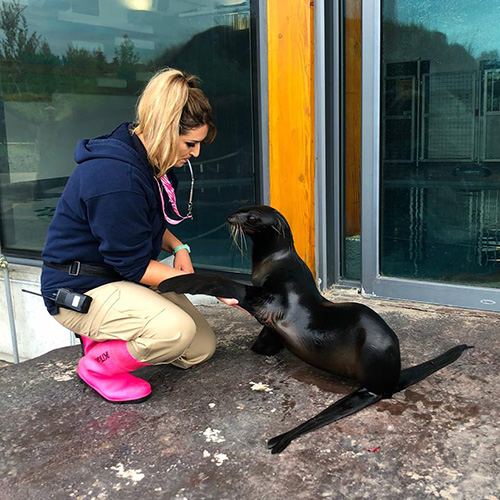 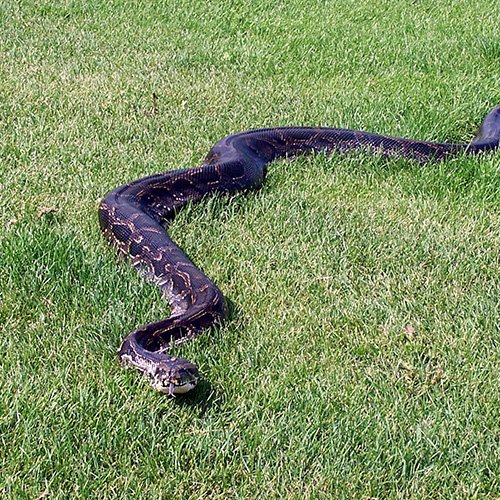 Articulation, which means giving dead animals a second life, is the process of cleaning bones and forming them into a skeleton. It’s possible that Burmese python Thelma is Joelle’s largest project to date.

Thelma lived here at the Edmonton Valley Zoo. She died in 2015 of natural causes at the age of 23. At the time of her death, she weighed 46 kg (101 lbs) and was more than six metres (20 feet long). It took five zookeepers to hold her!

The process of cleaning and articulating Thelma’s skeleton took a lot of time – but it’s something Joelle sees as a difficult and satisfying puzzle. After skinning the python and breaking it down into eight manageable sections (each with around 120 ribs!), she cleaned the skeleton in a process called maceration, where the bones are left to rot in a water bath outside. It took approximately six months to clean, over two summers (it can’t rot in the winter!). Once the flesh is gone from the bones, they were disinfected and whitened with hydrogen peroxide. It took 50 hours to assemble with glue and wires – rib by rib, vertebra by vertebra. A python skull alone contains over 20 pieces!

Thelma’s skeleton is primarily for education at the zoo. Our education team uses it to allow guests to Get Closer to a Burmese python in the 100 Voices preschool program, school programs, birthdays, and drop-in programs.

Fun fact: Joelle also has prepared a capybara and a serval skull for the education team, and is currently working on articulating a Red Necked Wallaby skeleton – these can be found on display in the Zoo School classroom (Avery Linton Nature Studio).