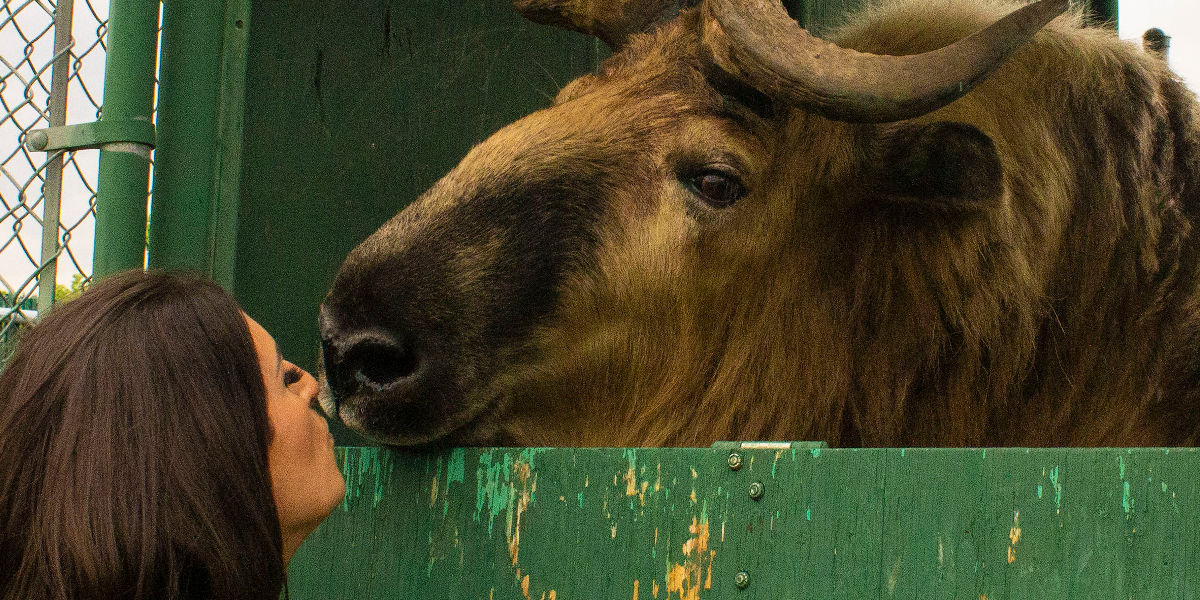 Today we’re introducing you to Joëlle.

Joëlle has always loved animals, science, and being outside – even in Edmonton’s freezing winters. Her original plan was to go to university and get a master’s degree, but after realizing that graduate school involved more paperwork and sitting at a computer than being outside in the field, she decided desk life wasn’t for her. After a stint as the supervisor for the Edmonton Valley Zoo’s Guest Services team and working as a cashier during the summers while finishing her undergrad, Joëlle began volunteering with the former Zoo Aide program. She fell in love with all of it – working out in the elements, the conservation programs, and the animal training most of all. Six years ago, Joëlle was hired as a zookeeper with our animal care team.

Joëlle’s love for animals is especially apparent while she is working with the hoofstock. When she first started, she was under the impression that herd animals were “boring species with little personality.” However, as she learned more about their natural history, built relationships with them, and earned the trust of these large animals, Joëlle found out that the exact opposite is true! Many of the hoofstock animals – including Tuyaa the Bactrian camel that Joëlle adores! – have their own unique personalities and will often choose interacting with humans as opposed to looking for food rewards like other species. Joëlle finds animal husbandry particularly rewarding. A task such as trimming nails becomes so much easier when the animal participates voluntarily. When an animal freely lifts its hoof, it shows the trust built between the animal and the human. 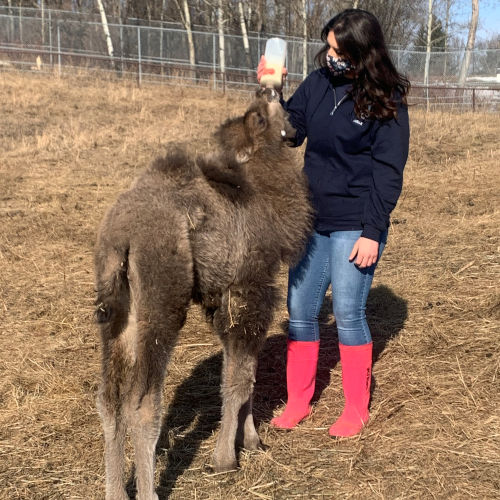 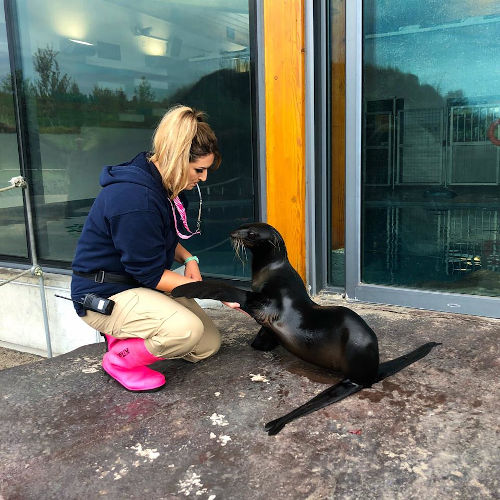 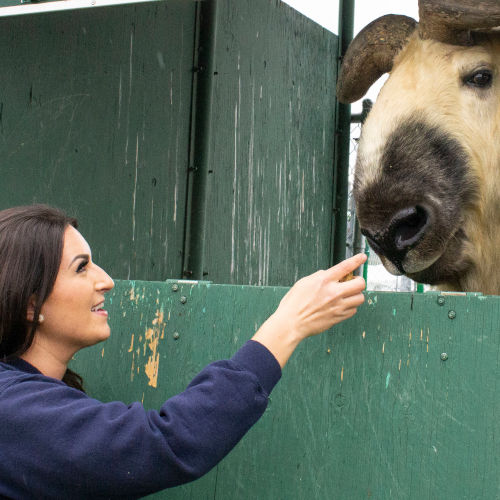 There are many challenges in caring for animals so closely. While love, connection, and relationship are important and rewarding, it is difficult to see an animal show signs of aging or becoming ill. The time spent with the animals connects them so tightly to their care team – especially the ones that end up being hand raised by the zookeepers. Joëlle was one of the team of zookeepers that bottle raised Ambrosia, a bactrian camel born at the zoo in 2021.

The one piece of advice Joëlle would like to give people visiting zoos all over the world is to do your research beforehand. There are zoos that have a very high standard of care for their animals compared to others. Before you head to a zoo or aquarium while traveling check to see if they are actively participating in any conservation programs and if they are an accredited facility.

Thank you, Joëlle, for being part of the Edmonton Valley Zoo team! 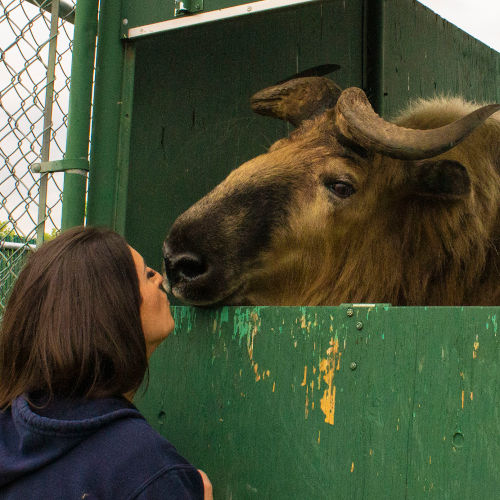 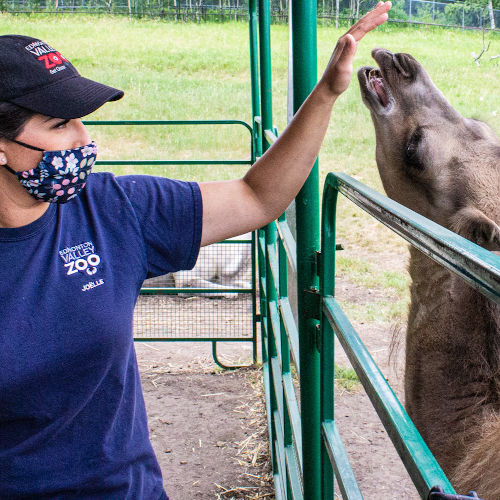 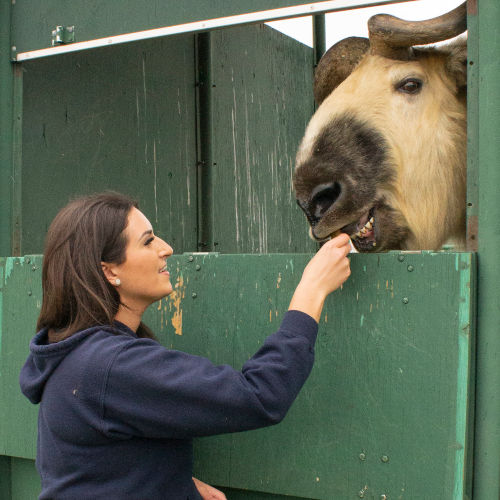