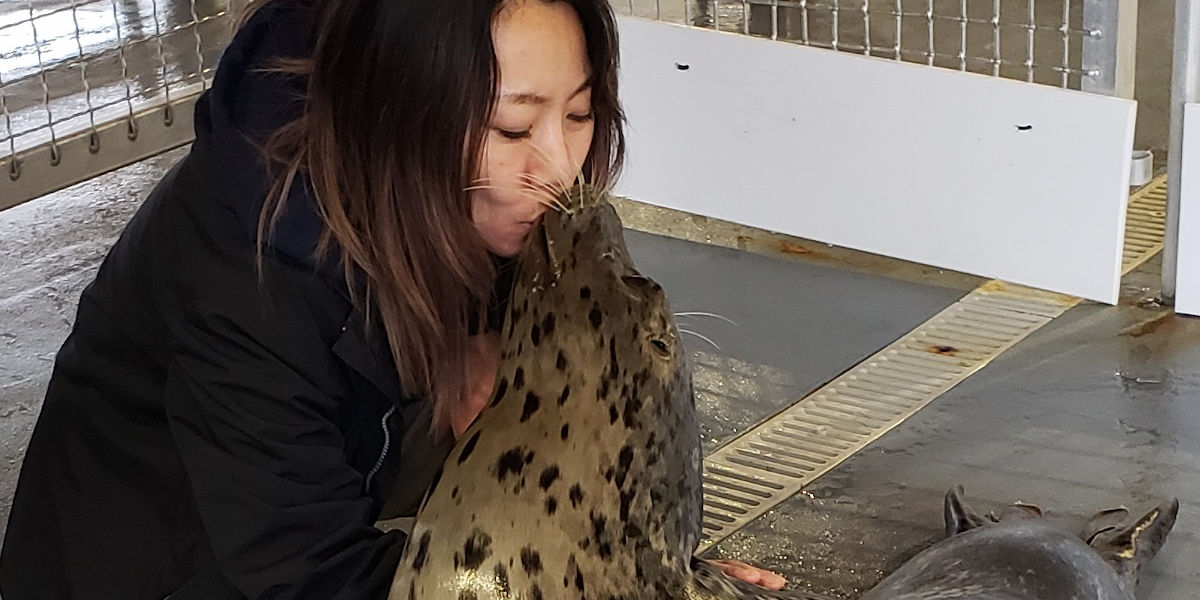 Today we’re introducing you to Miyako.

At five years old, Miyako’s father asked her, “what would your dream job be?” With this question came a few rules: it had to be something that she wouldn’t change her mind about and something she would enjoy every day. Miyako had always loved animals, and after thinking about her father’s question, she decided she wanted to be a zookeeper.

It wasn’t a straight line to zookeeping, however. Miyako sidetracked for a few years, first becoming a Japanese and English translator and interpreter, then teaching kindergarten at the Metro Edmonton Japanese Community School. Miyako’s journey to becoming a zookeeper has taken her around the world. She began by studying Animal Science at a university in Japan, and, having a love for the English language, she studied to get her grades high enough on IELTS (an English proficiency exam). She continued further studies in New Zealand and then at the University of Alberta. She began volunteering at the Edmonton Valley Zoo and worked in the Urban Farm as an interpreter. Miyako earned a zookeeping position and has had her dream job for the past six years. She now mainly works with the primates and reptiles, spending most of her time with many of the animals found in the Saito Centre and the EdVenture Lodge classrooms. She is also involved in the northern leopard frogs’ care and says she’s so excited to be a part of this amazing conservation project. 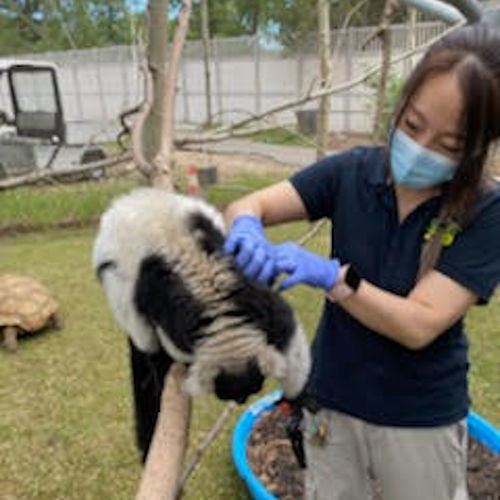 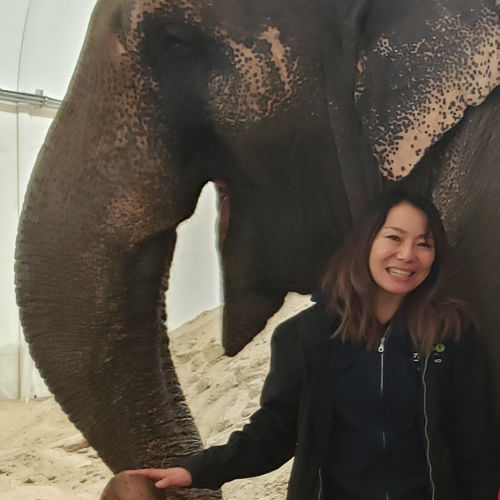 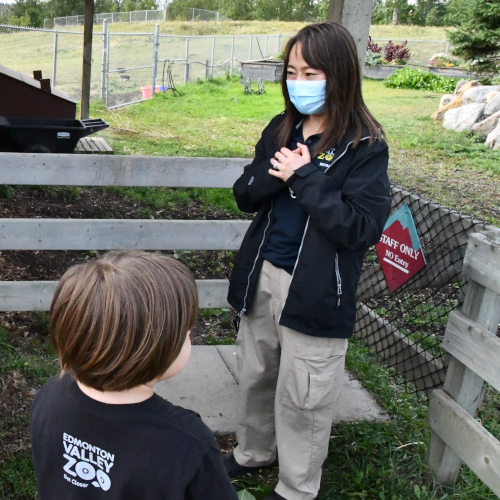 While there are difficult moments of being a zookeeper – the hardest of all is saying goodbye to animals who pass away or move to other zoos – there are many more pros to working so closely with animals. In particular, Miyako enjoys spending time with the animals and having them appreciate their enrichments. For Miyako, her favorite animals to work with are the ones she’s had the ability to spend quality time with. About a year ago, Grace, a red-necked wallaby, had an accident where she impaled herself with a stick. Miyako was part of the team who worked with her in her recovery over the past year. Miyako and Grace spent a lot of time together and built a trusting relationship through a tough time.

The biggest thing Miyako would like people to know about being a zookeeper is the animals at the zoo are here to let us learn about them and conservation. We always do our best to make sure that they have the best lives possible at the zoo! 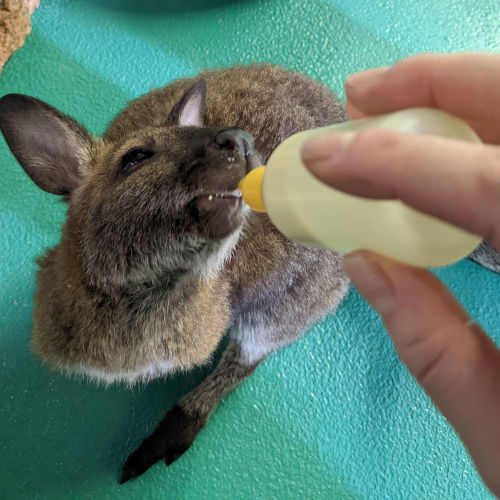 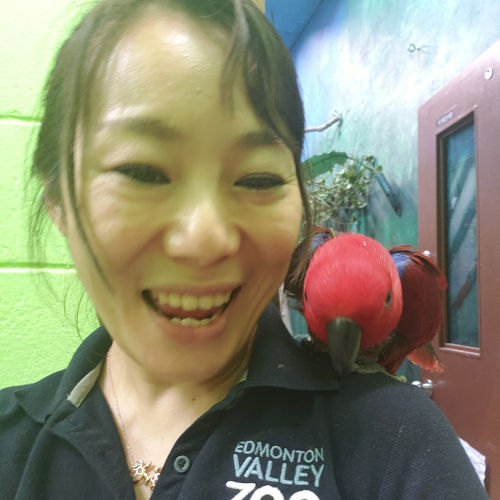 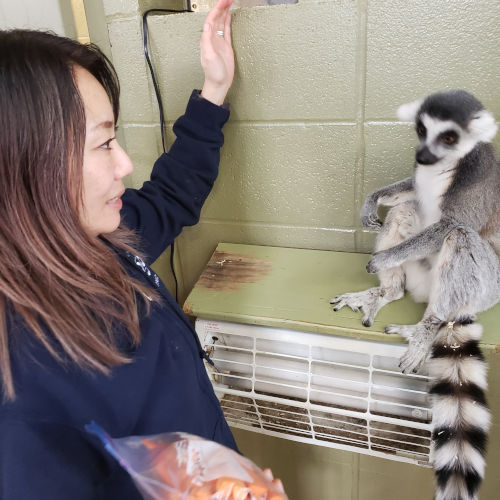