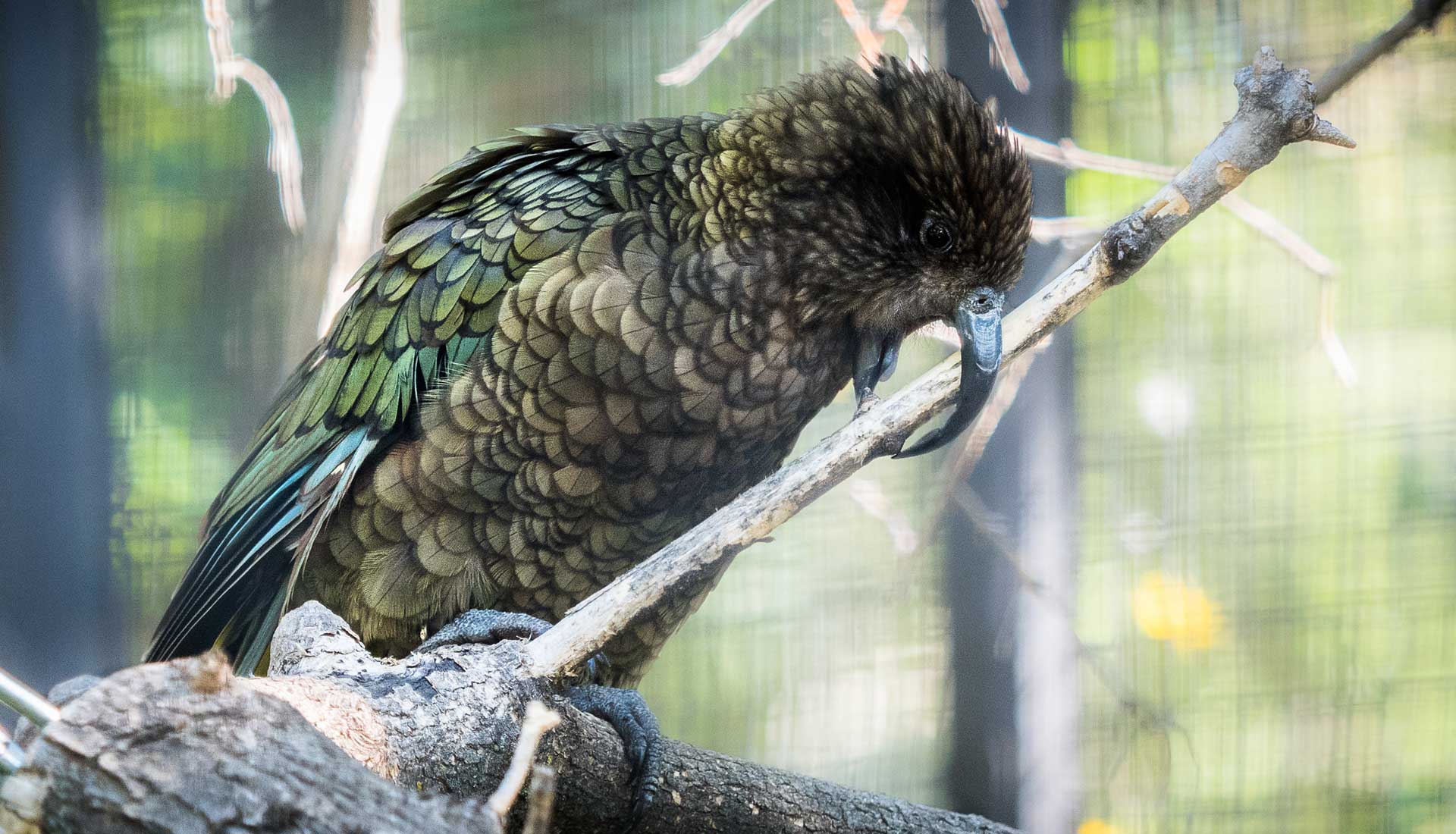 Known for being incredibly intelligent, the Kea is the world’s only alpine parrot. In the wild, they are found only in the mountains of South Island, New Zealand. Kea like to frolic in the snow and while some migrate seasonally to warmer altitudes, others live permanently above the snow line.

They are mostly olive green in colour with brilliant orange feathers under their wings. Their beak is long and elegantly curved. Kea nest in burrows and crevices on and below the ground. Unlike most parrots, Kea are opportunistic omnivores.

Some scientists think they may be as smart as a four-year-old child. These birds are very social and live in family groups called a circus. They are named for their “kee-ah” vocalization.

Newton was hand-raised by our animal care team!

Kea are found in the high-altitude forests and alpine basins of South Island, New Zealand.

They eat fruit, nuts, seeds, and flowers, as well as insects, rodents and small lizards

Kea are both highly intelligent and curious. They have been shown to solve logical puzzles, and prepare and use tools.

Kea lay two to four eggs with an incubation period of around 21 days.

Life expectancy in the wild is unknown. Mortality rate is high in the first year of life, but they generally live to be older than 20 years in captivity.

Status in the wild is endangered and declining, with an estimated 4,000 mature birds remaining. Their main threat is human interaction. 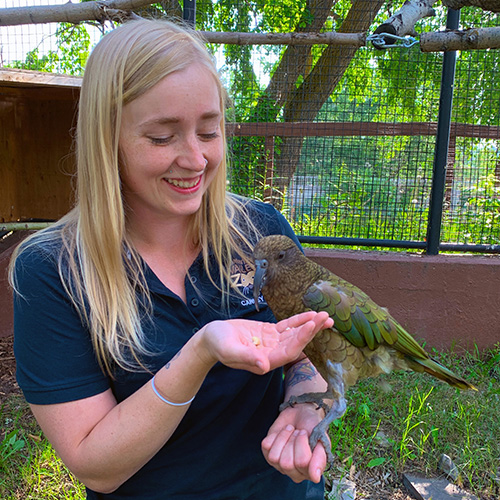 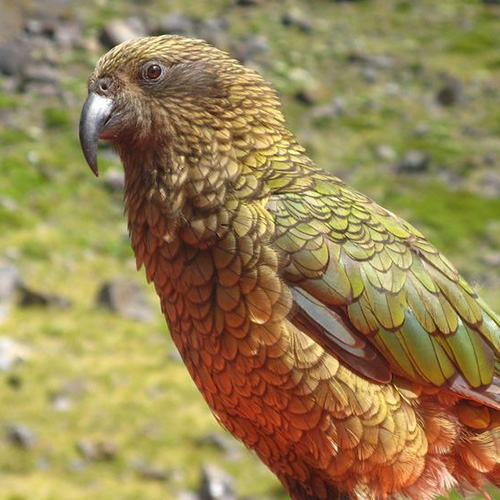