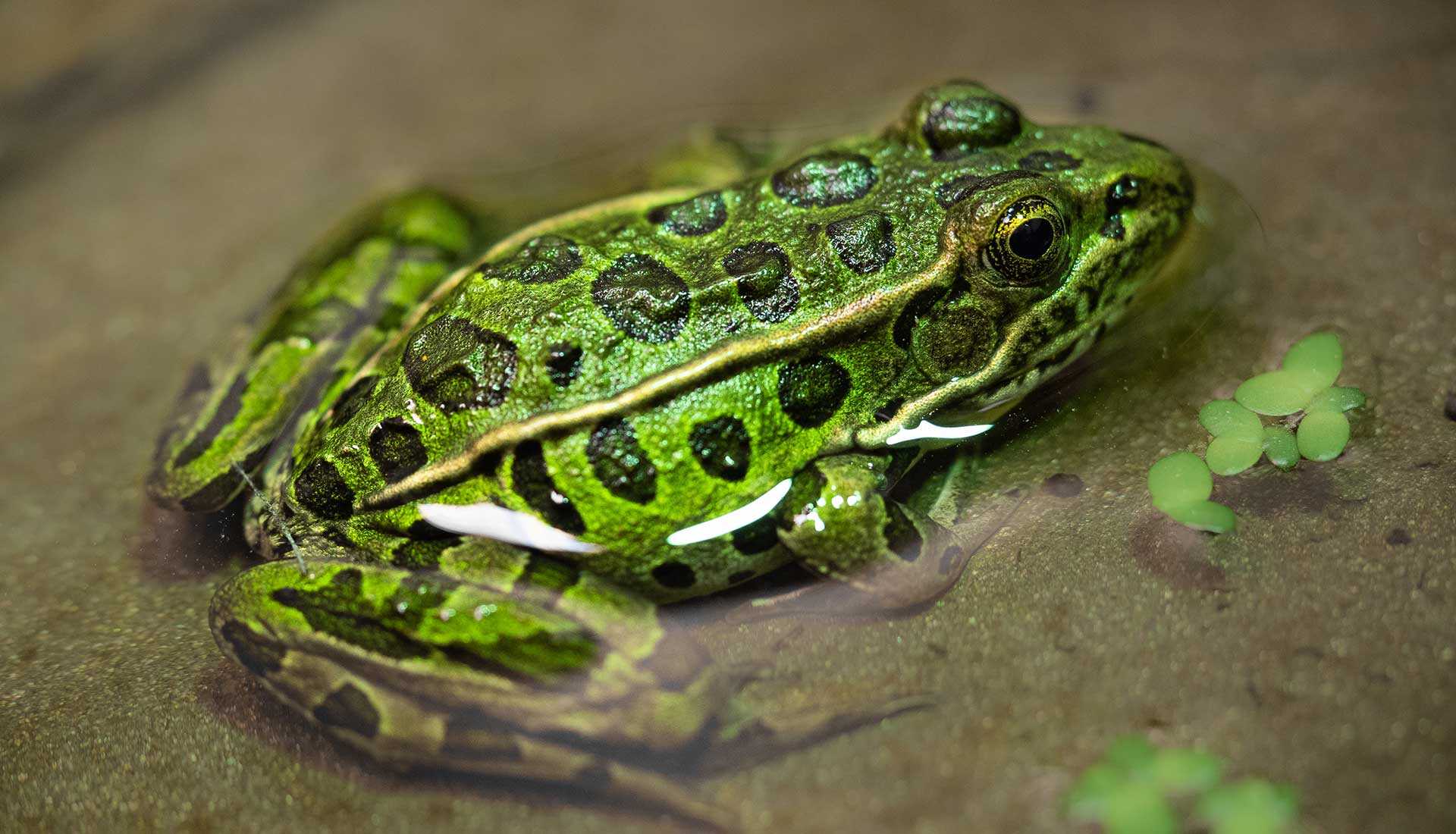 Edmonton Valley Zoo Jumps In to Save Endangered Frogs

The Edmonton Valley Zoo believes a zoo’s value is more than simply providing a safe, healthy, and stimulating environment for the animals we care for, and reaches well beyond providing a venue for visitors to view the pawed and clawed residents. Education and conservation are two of our cornerstone principals, and both have the power to inspire actions and decisions critical to the survival of many species in the wild, as well as the overall health of our water, forests, and air. Education and conservation can shape the future of our world and save threatened and endangered species from extinction. In that spirit, we are thrilled to announce the Edmonton Valley Zoo has joined the British Columbia Northern Leopard Frog Recovery Team to help save the last remaining population of northern leopard frogs in B.C. 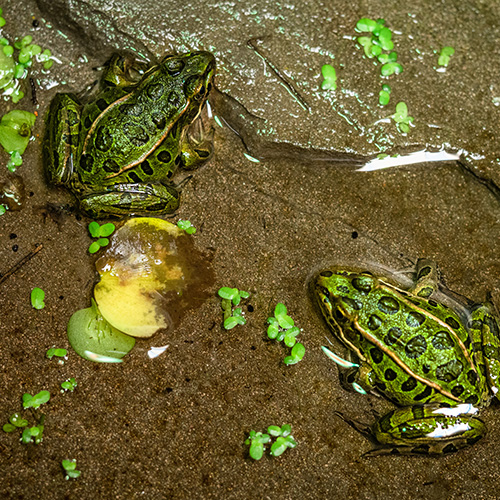 We are really hopping over here since 22 juveniles arrived on October 31, 2019. The army of frogs – that’s the name for a group of frogs – swim and lounge in their two specially-designed tanks, enjoying a feast of crickets and fruit flies twice a day. Our goal is to breed captive individuals to produce tadpoles. The hope is that thousands of tadpoles will eventually be released to specific areas within B.C. to increase their population in the wild and reverse the distressing trend that currently lists them as endangered. 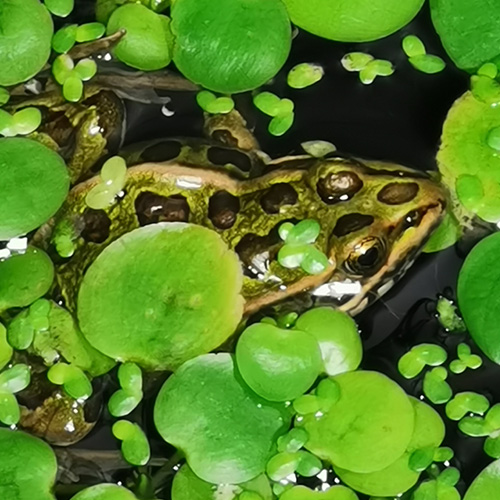 Northern leopard frog populations across Western Canada plummeted sharply in the 1970s. Only one native population in B.C. survived and is located within the protected Creston Valley Wildlife Management Area. This population is federally listed as endangered, and endangered or threatened on the provincial Red List. To date, the Recovery Team has reintroduced tadpoles to two other sites originally inhabited in the province.

Frog populations around the world are vulnerable to climate change, habitat loss, invasive species (i.e. fish, bull frogs), road mortality, and disease. Though frogs have been part of our landscape for at least 250 million years, they have been experiencing a mass extinction with an estimated 200 species wiped out since the 1970s. 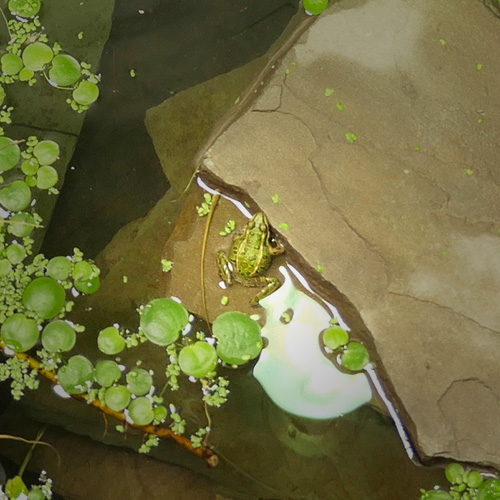 A few words from Truman, a B.C. Northern Leopard Frog!

Leopard-like round, dark spots cover our metallic green bodies. Like a zebra, no two frogs have the same spotted pattern; each of us have distinct markings! Other features that help identify us are the two yellow ridges that run along the side of our back, and we have distinct orange/gold coloured eyes with horizontal pupils. We are a medium-sized semi-terrestrial frog, also known as a meadow frog, usually five to nine centimetres (2 to 3.5 inches) long. Mature females are typically larger than the males. Our long hind legs and the extensive webbing on our hind toes make us natural jumpers and swimmers. We range throughout Northern North America but our numbers are dwindling drastically. We appreciate your interest in saving our species!

Check back often or subscribe for updates in our frog conservation series, learn how zookeepers are raising the juveniles, and when we can expect tadpoles!