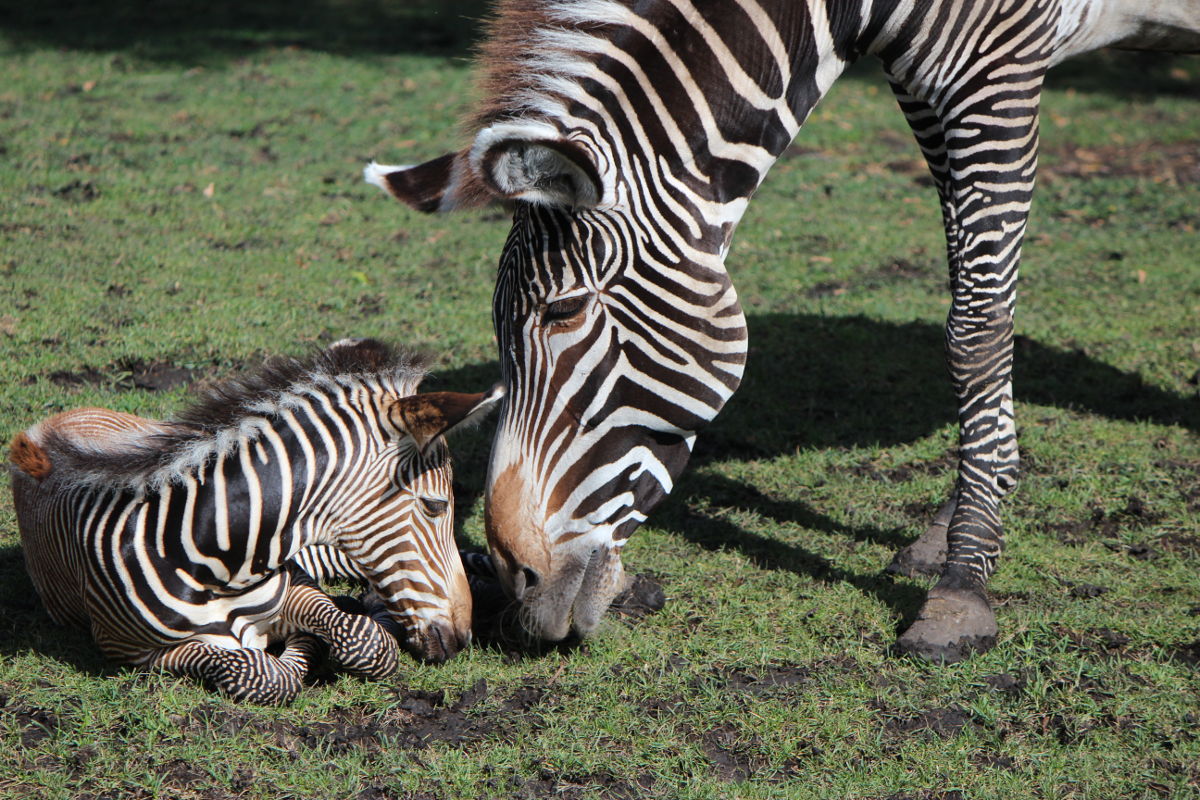 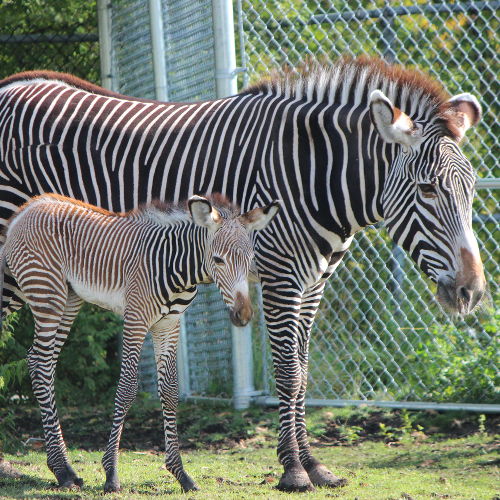 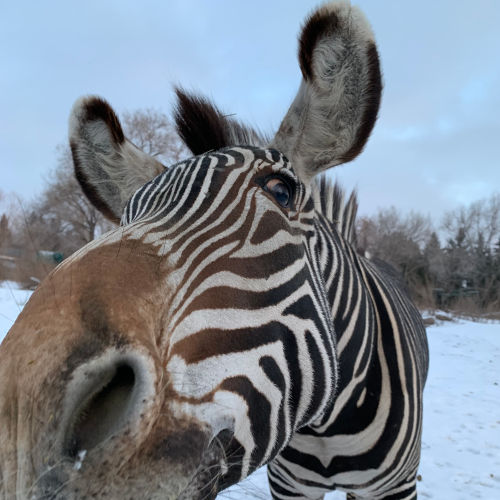 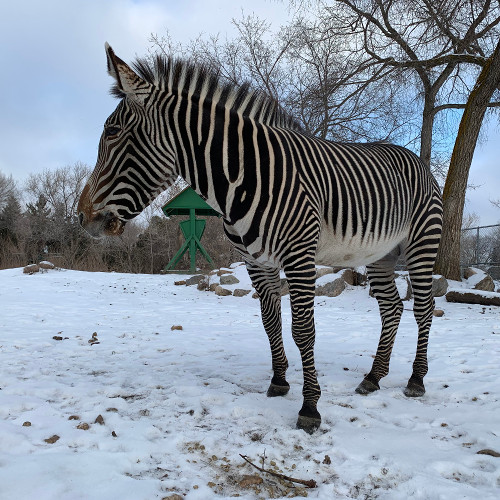 There are 11 different species of zebra in the world and the Grevy’s Zebra is the largest! In fact, the Grevy’s zebra is the largest living wild member of the horse family. Named after a president of the French Third Republic, Jules Grévy, Grevy’s Zebras are taller than the other zebra species and have larger ears and narrower stripes. They have a reddish brown nose and stripes extending to their feet. Each zebra is unique – their stripe patterns are as individual as a human fingerprint.

Unfortunately, this is also one of the most threatened species of zebra. Grevy’s zebras have undergone one of the most substantial reductions of range of any African mammal and are classified as Endangered by the International Union of Conservation of Nature (IUCN). Although their population is currently classified as stable, there are fewer than 2,000 mature adults left in the wild.

Grevy’s zebras can be found in the grasslands and savannahs of northern Kenya and Ethiopia.

They are grazers! Grevy’s zebras feed on legumes, grasses, and browse; they can live up to five days without water.

Here at the zoo, their diet includes grassy hay and a specially formulated zebra pellet feed.

Unlike other horses and other zebra species, Grevy’s zebras do not form long lasting bonds. Their group composition can change on an hourly basis.

Females usually give birth to a single foal after a gestation period of 390 days, the longest of any equid.

Their main threat is habitat loss but they are also at risk of poaching. 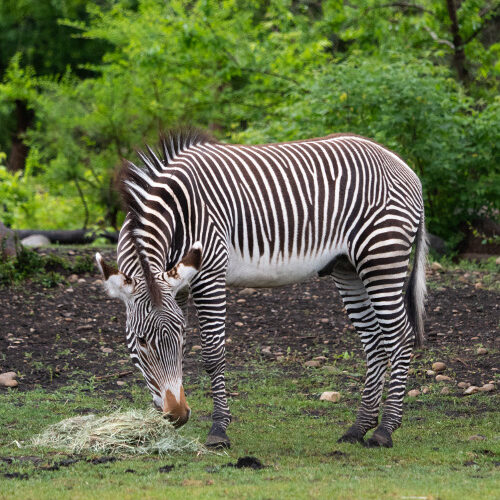 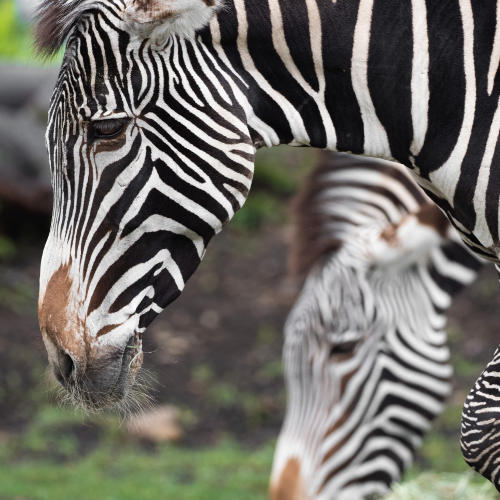 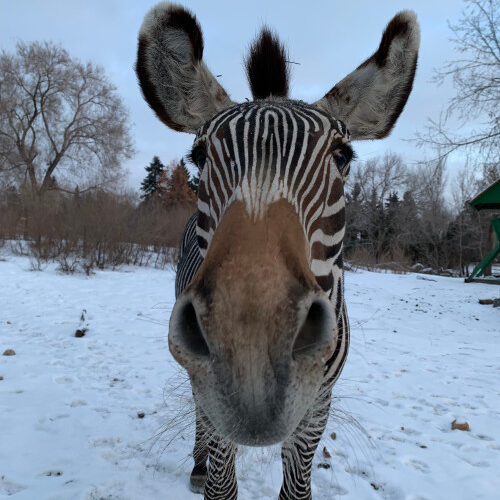