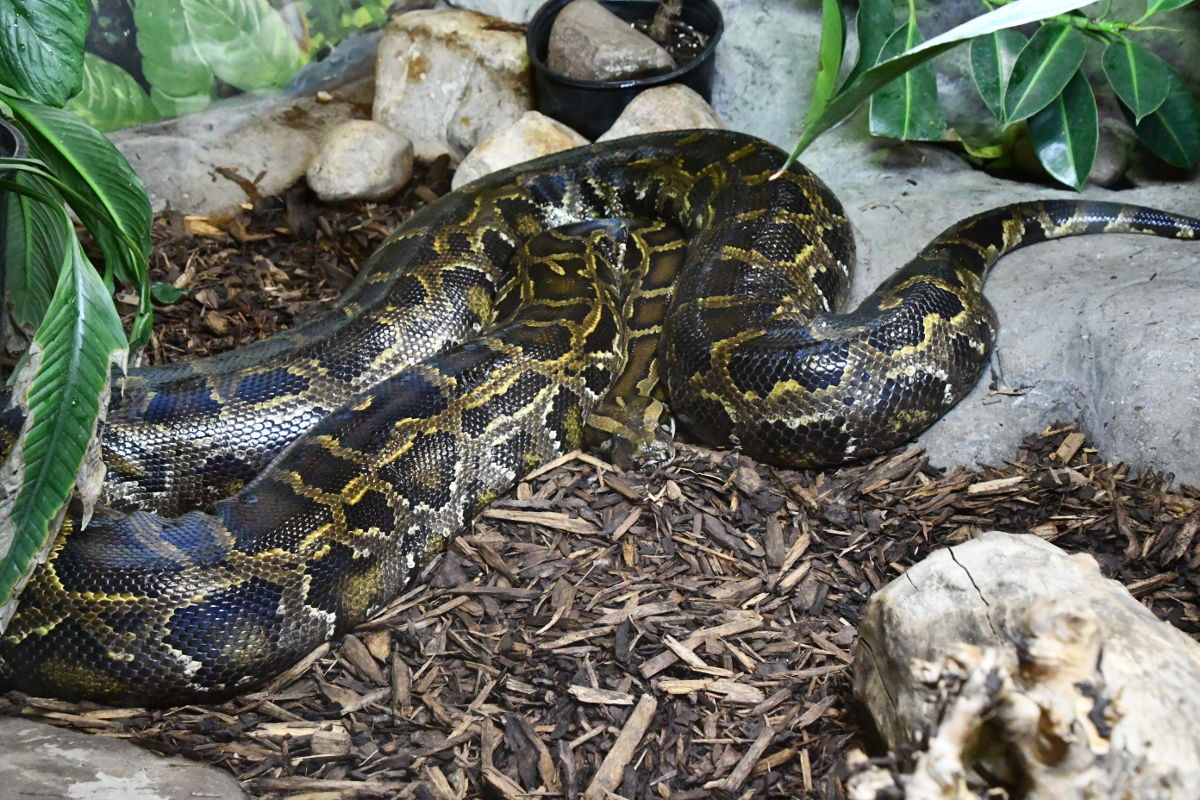 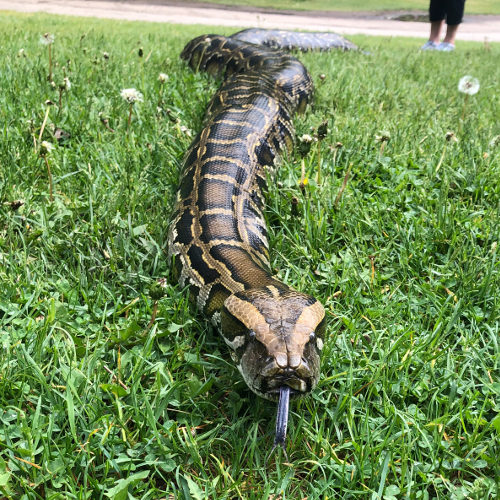 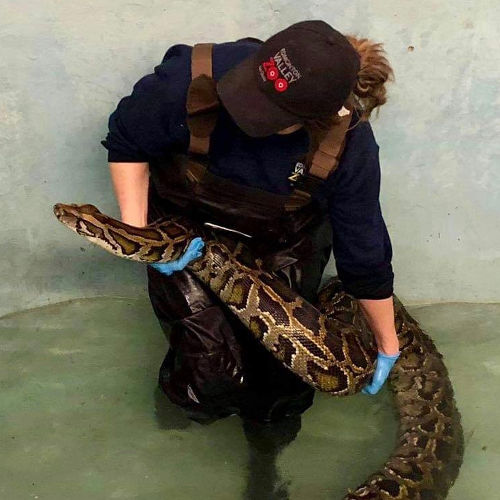 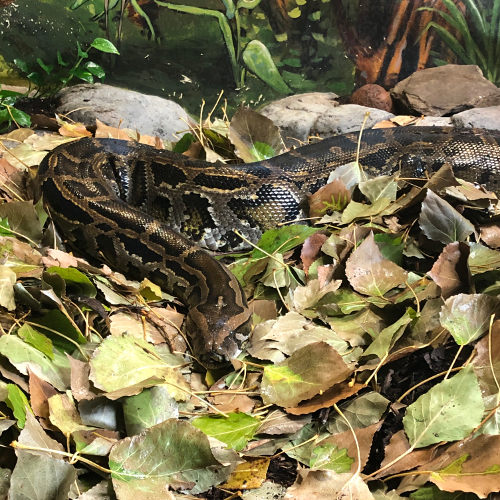 The Burmese Rock Python is the largest subspecies of the Indian Python, and one of the world’s largest snakes. Spanning an average of 4.5 meters in length (15 feet), these snakes are born to hunt and fend for themselves as soon as they hatch from their eggs.

Pythons are constrictors, meaning they do not have fangs. However, they have curved back teeth that allow them to trap their prey. When they feel it is time to eat, their jaws can open wide enough to swallow their prey whole, often a mammal up to 4-5 times as wide as their heads.

The Burmese Rock Python is pale tan, yellowish-brown, or grey in color, and will have reddish blotches outlined in cream or gold across their bodies. Unlike most snakes that only have one lung, the Burmese rock python has two, even though one is considerably smaller. They are longer and thinner than the anaconda, and as a result, have longer organs.

Though the Burmese Rock Python is found in many regions in Southeast Asia, their numbers are declining. They are listed as Vulnerable on the International Union for Conservation of Nature (IUCN) red list. They are often hunted for their skin or for the pet trade. In fact, they are considered an invasive species in Florida due in part to having been bred as pets.

The Edmonton Valley Zoo is home to a Burmese rock python named Lucy.

Burmese rock pythons are approximately 4.5 meters (15 feet) in length, but can exceed 6.7 meters (22 feet) in human care. Females are the larger of the sexes.

Southern China, Burma, Indonesia, Thailand, and the Malay Archipelago. They are mainly found in rainforests near streams and can survive in grasslands, swamps, marshes, and rocky foothills.

They eat any kind of mammals, birds, and reptiles of appropriate size, but Burmese rock pythons will not eat every day.

These snakes reach sexual maturity at age four or five. They breed in early spring and will often lay as many as 35 eggs. The females will coil around their eggs and incubate them until they hatch.     Once an egg hatches, babies are on their own and must fend for themselves.

Habitat loss and over-harvesting. They are hunted for skin and the pet trade. 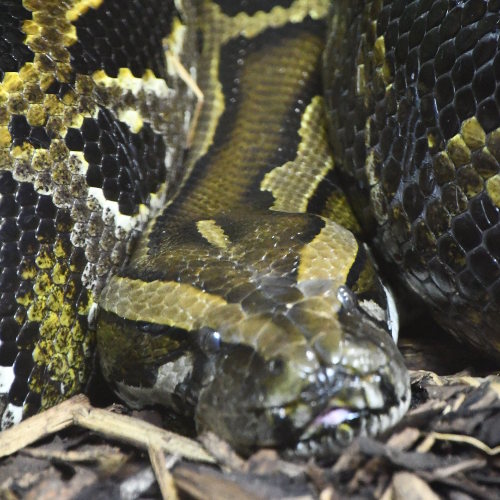 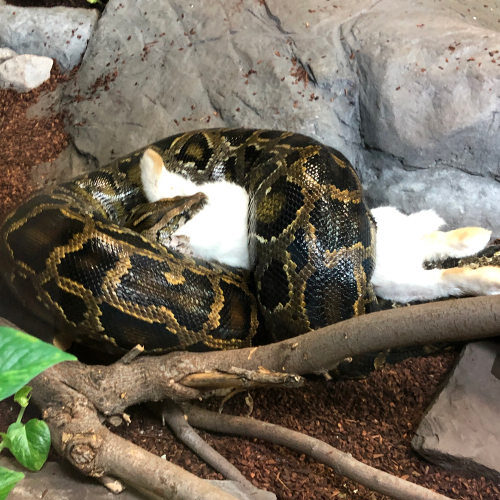 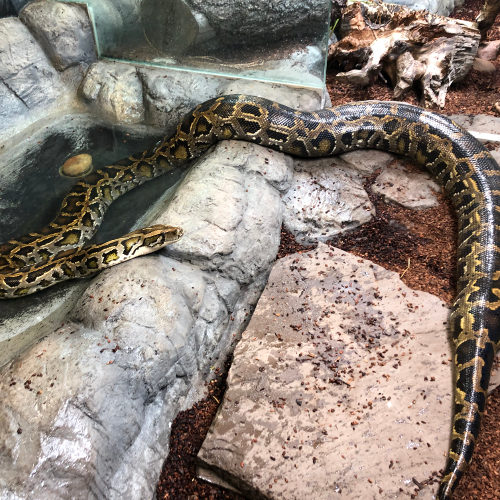