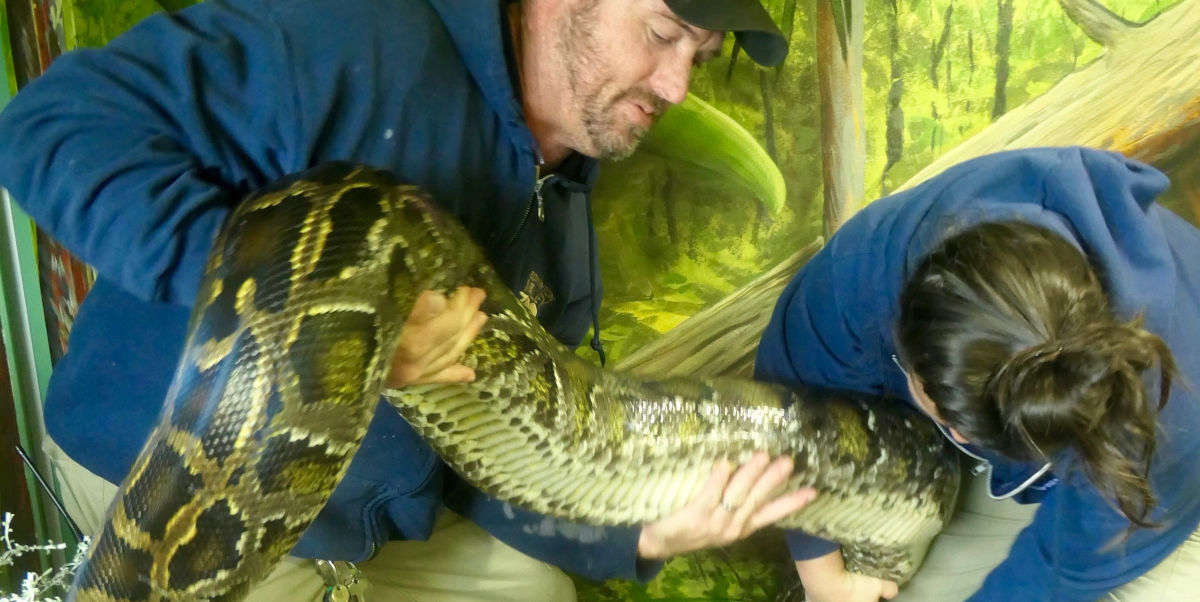 Today we’re introducing you to Brett.

After working with animals and in animal care for the majority of his career, Brett felt zookeeping was a good fit for his life and he joined the Edmonton Valley Zoo team seven years ago.

Brett isn’t exaggerating when he says he’s always been heavily involved with animals, as his resume could go on forever. Prior to working here in Edmonton, Brett lived in South Africa where he worked as both a trail guide for Big 5 Walk Safaris and as a field guide in driving safaris. He worked for an elephant back safari operation, managed a nature conservancy in the Cape Floral Kingdom, and was a game ranger at Bushlands game lodge. If that isn’t enough already, he was also a curator of the Duman Zulu Snake and Reptile Park.

When moving to Canada, becoming a zookeeper felt like a natural progression in Brett’s life. After working and caring for wild animals, he has had to learn a lot about those living in human care – mainly animal husbandry. Though he has worked with many of the animals at the zoo, he admits to having favourites. Shhhh, carnivores. Don’t tell the others!

Though there is a lot he loves about his job, zookeeping is extremely hard work. The part Brett is drawn most to is forming relationships with the animals and watching their trust in him grow. In fact, he has been heard calling our Burmese Rock Python, Lucy, a “sweetheart.” 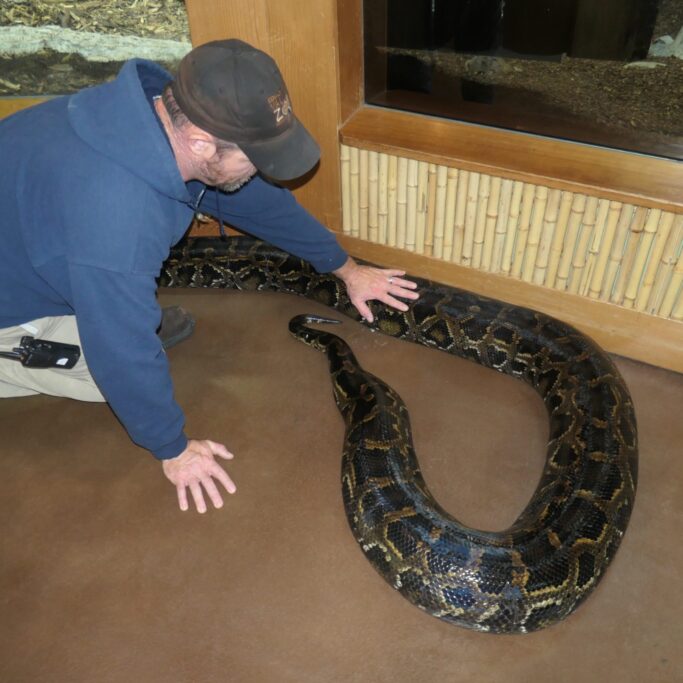