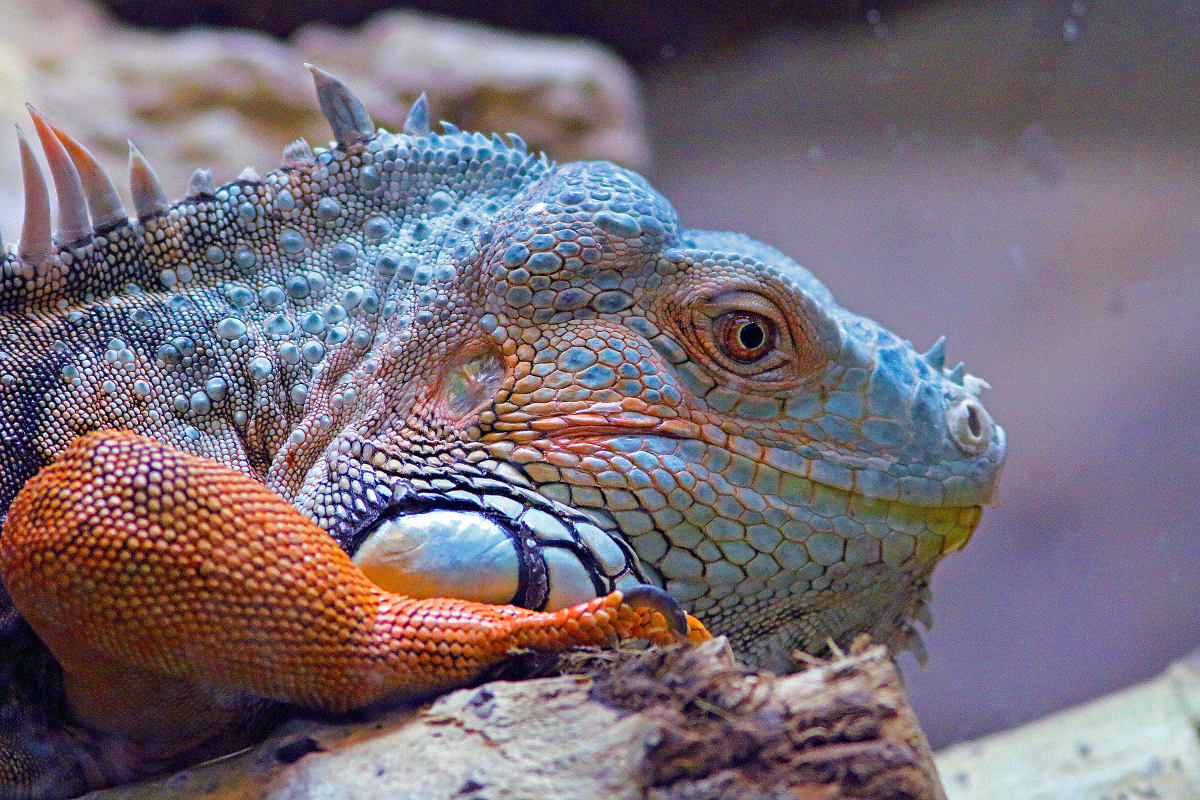 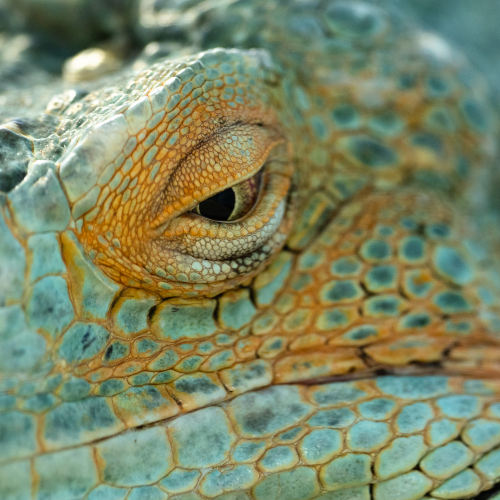 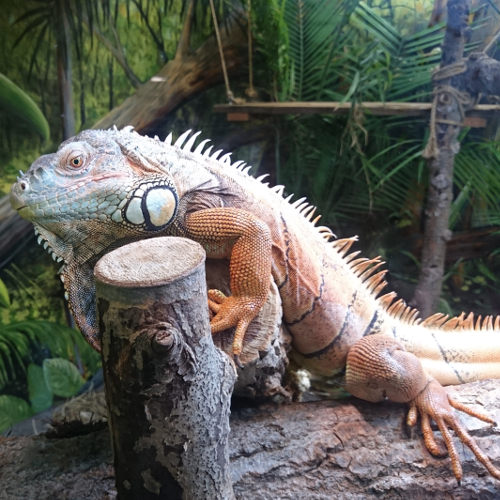 Green iguanas are both terrestrial and arboreal (tree-living) and they are often found near water. Its body is covered with greenish-grey leathery scales. Though colour variations occur mainly in the males, individuals change colour based upon mood, temperature, health or social status.

Their long, strong tail is used for balance when climbing trees and as a weapon. If caught by the tail, the iguana will simply detach it and regenerate another. Another unique feature is the dewlap, a pouch underneath the lower jaw. The dewlap extends to threaten other lizards in their territory or to intimidate a predator.

These reptiles are expert swimmers, using their tails to propel them.  Though a popular exotic pet in North America, green iguanas are difficult to look after, often dying within the first year of captivity.

The Edmonton Valley Zoo is home to a male green iguana named Stella, who hatched in 2005.

Green iguanas are found in the rainforests of northern Mexico, Central America, the Caribbean Islands and southern Brazil.

They thrive on a diet of leaves, flowers, fruit, and occasionally insects.

To escape a predator, they will leap into the water from a high tree, and can remain submerged for up to 30 minutes.

The average life expectancy of a green iguana is around 20 years.

Green iguanas are hunted by predatory birds. They are also at risk from the pet trade and hunting. They are classified as endangered. 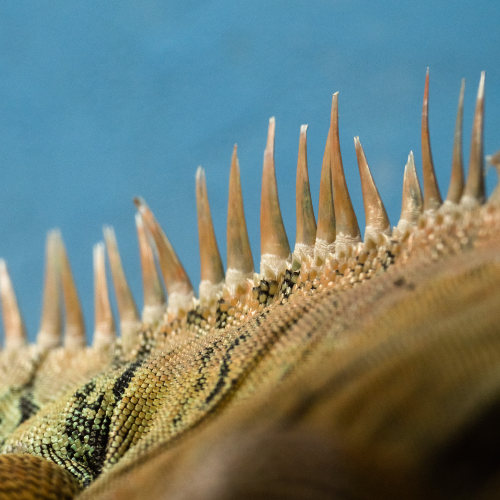 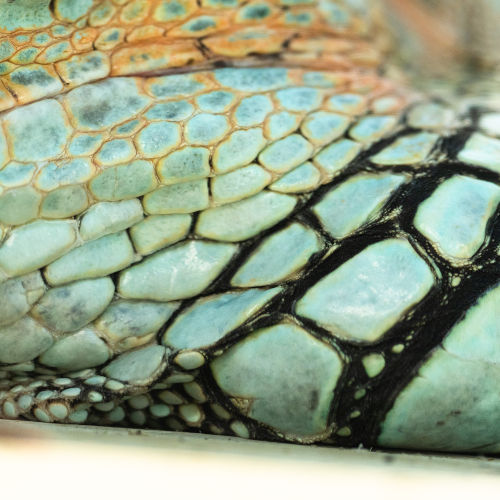