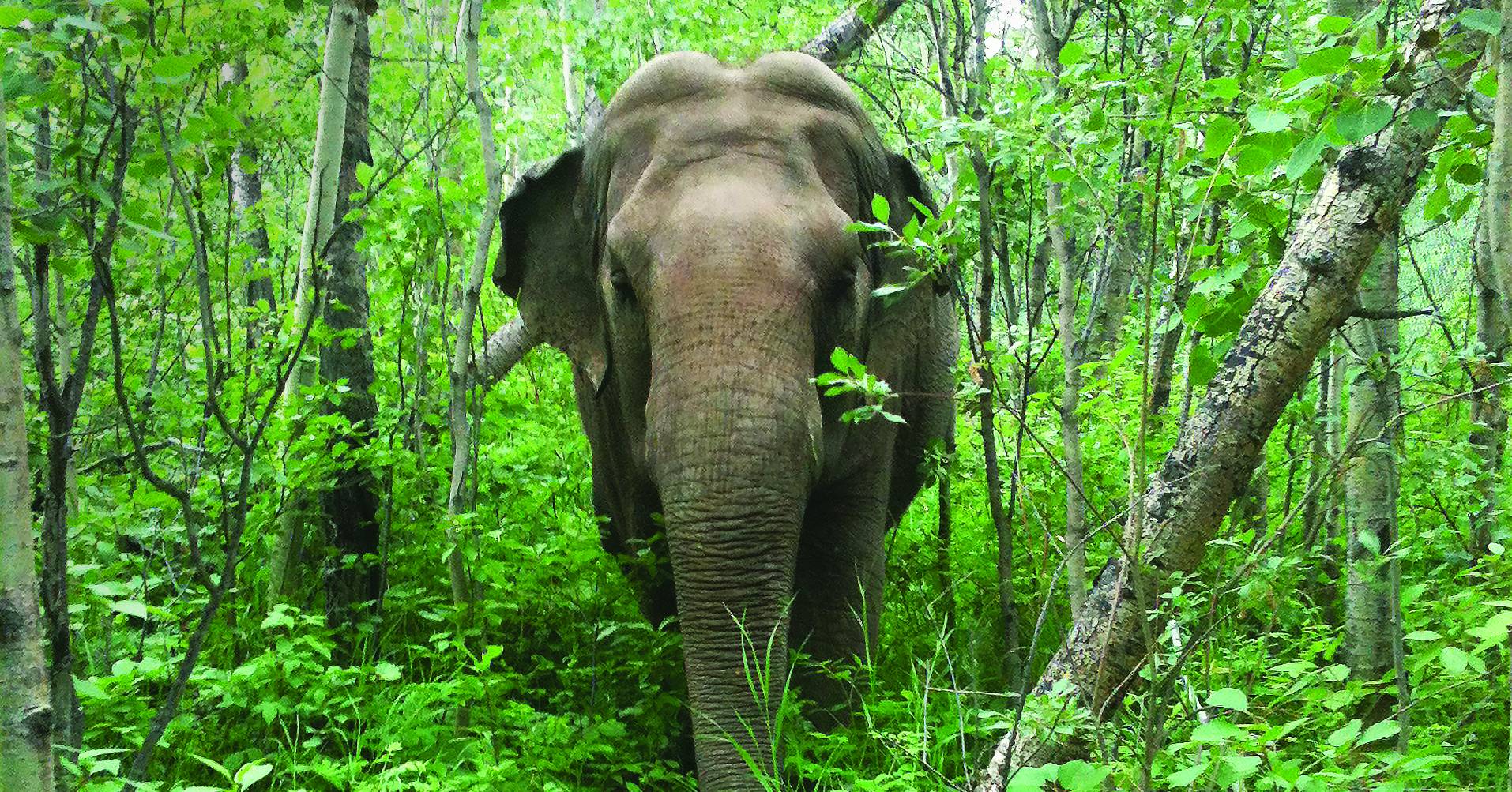 An elephant’s trunk is more than just a long nose! The trunk contains more than 40,000 muscles, divided into as many as 150,000 individual units (for comparison, the human body has 639 muscles!). Elephants use their trunks for smelling, breathing, trumpeting, drinking, and grabbing things. Asian elephants have a small, fingerlike feature on the end of their trunks that are useful for grabbing small items (African elephants have two!). Elephants enjoy showering by sucking water into their trunks and spraying it over their bodies. 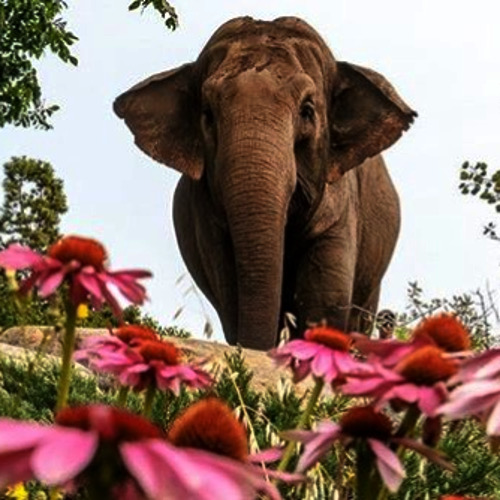 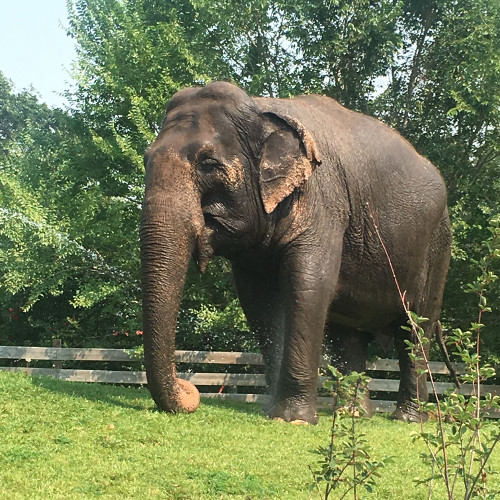 Their skin is gray, but sometimes lacks color – especially on and around the ears, forehead and trunk. This de-pigmentation is believed to be genetic and generally develops as an elephant ages. Elephants protect their skin from the sun and bugs by regularly covering themselves with dirt, sand and mud.

Elephants are widely viewed as one of the most intelligent animals on Earth. They have a great capacity to learn and studies show much of their behavior is learned rather than instinctive.

The Asian elephant is classified as Endangered by the International Union for the Conservation of Nature (IUCN). Its population has declined by an estimated 50 percent over the past 75 years, and there are an estimated 20,000 to 40,000 Asian elephants left in the wild.

The Edmonton Valley Zoo is home to an Asian elephant named Lucy.

They are found in pockets of India and Southeast Asia, including Sumatra, Borneo, Myanmar, Thailand, Cambodia, and Laos. They are mainly forest animals but are highly adaptable and can live in a variety of environments. Some elephants in the wild have been observed to prefer open grasslands with a variety of plants.

Elephants are herbivores who feed primarily on grasses but also consume large amounts of browse, including leaves, roots, vines, twigs, shoots and bark, as well as fruit.

Elephants tend to rest and nap during the hottest hours of the day. Data shows that elephants typically walk less than 1.6 to 6.4 km (1 to 4 miles) per day. The home range usually constitutes a loop or a circuit.

Elephants have a longer pregnancy than any other mammal – almost 22 months! At birth, elephants weigh about 200 pounds and stand about three feet tall. There is an average birth interval of three to eight years, depending on environmental conditions.

The average lifespan in the wild is thought to be up to 60 years but there is not enough consistent data available on wild Asian elephants to accurately estimate their lifespan.

Asian elephants are endangered. Threats to wild Asian elephant populations include habitat loss from deforestation and agricultural development. They are also threatened by human conflict and poaching.

Did you know?: An adult elephant can consume up to 300 pounds of food in a single day. 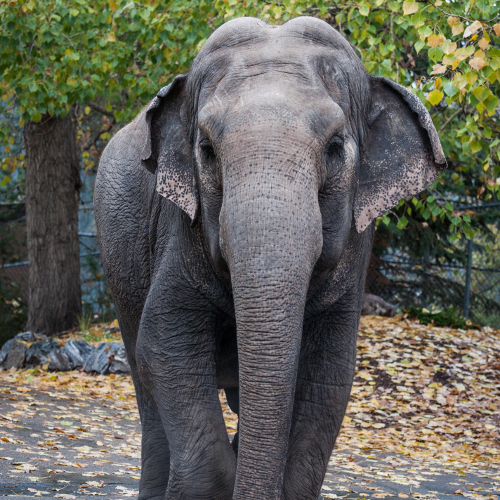 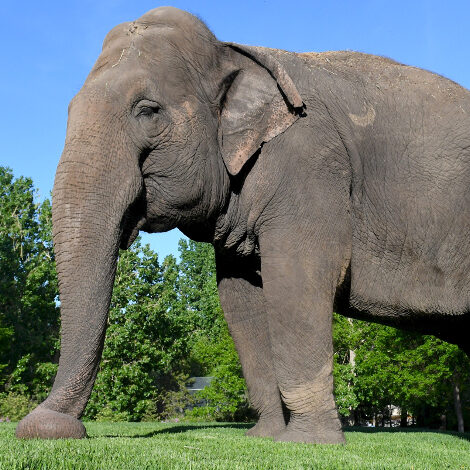 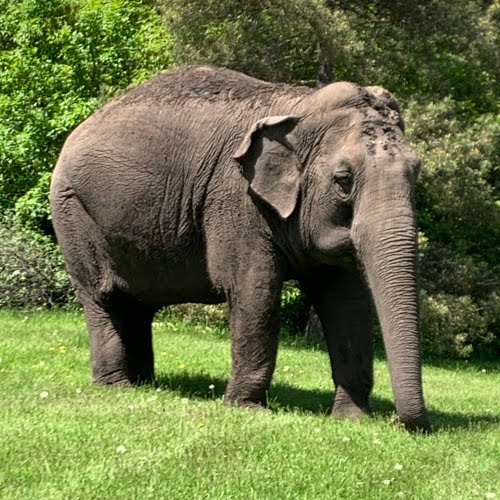