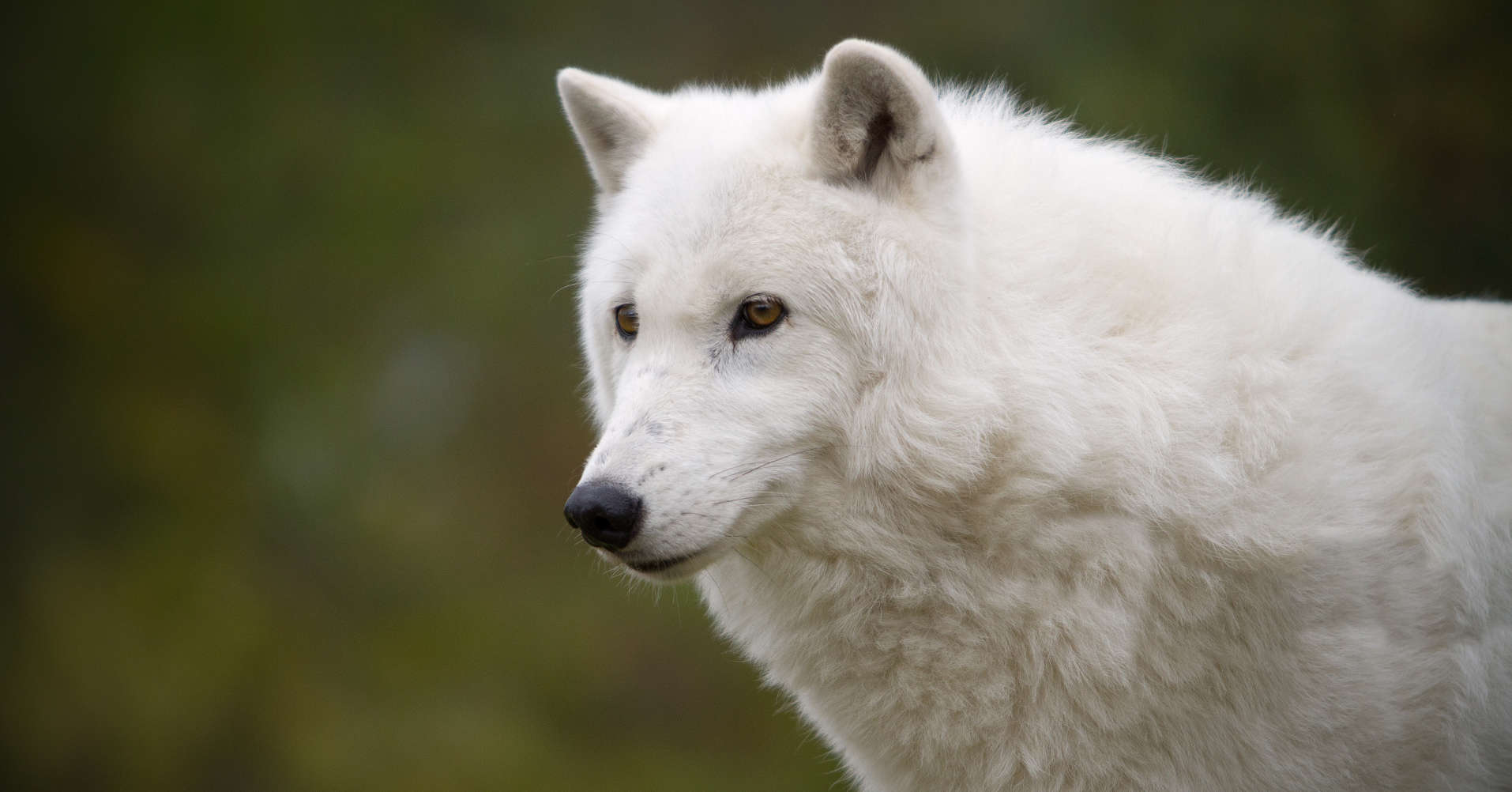 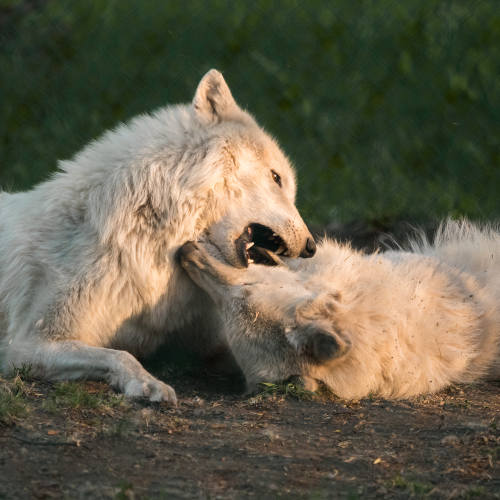 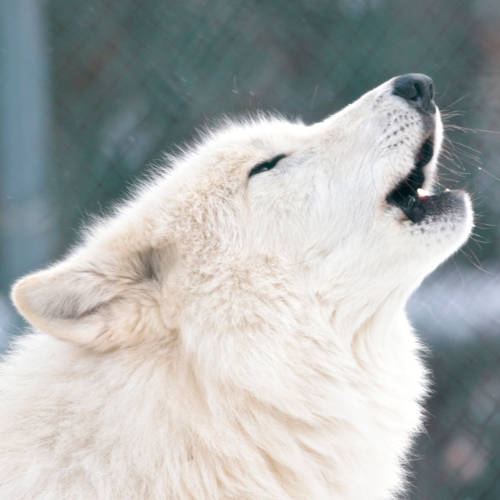 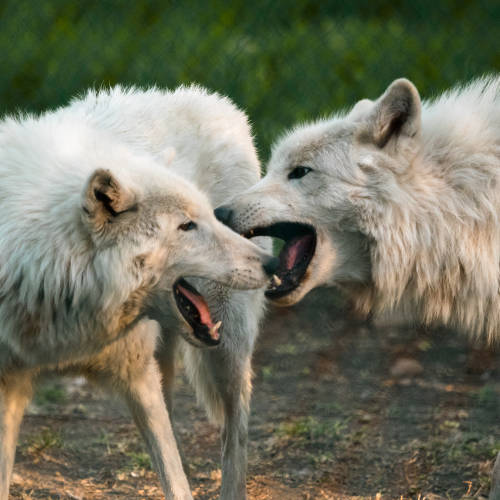 Arctic wolves, a subspecies of the gray wolf, are slightly smaller than other subspecies and are distinguishable by their year-round white coats, shorter ears, and shorter muzzles. Those beautiful white coats allow them to camouflage in snowy surroundings, but the double layer of thick white fur makes survival in bitterly cold temperatures possible. The first layer acts as a waterproof barrier to the skin while the outer layer insulates and gets thicker as winter approaches.

These wolves live primarily in the Arctic, along the northern edge of North America and the eastern and northern shores of Greenland. Their territory can span nearly 2,600 square kilometers (1,000 square miles) or more as prey is scarce at high altitudes.

Live in the cold and snowy Arctic. Wolves roam over large areas, hunting for food. They are very fast and can run up to 64.4 km/h (40 mph) over short distances.

They live in packs of seven to 10 individuals in a complex social order. They communicate through body language, vocalization (howls, growls, snarls, whines, yips, and barks), and scent marking.

Alpha females have a gestation period of 53-61 days and give birth to two or three pups in late May or early June.

Approximately 7-10 years in the wild; up to 20 years in captivity.

Arctic wolves are sometimes preyed upon by polar bears. More immediate threats include climate change and the exploration of natural resources in the northern regions. 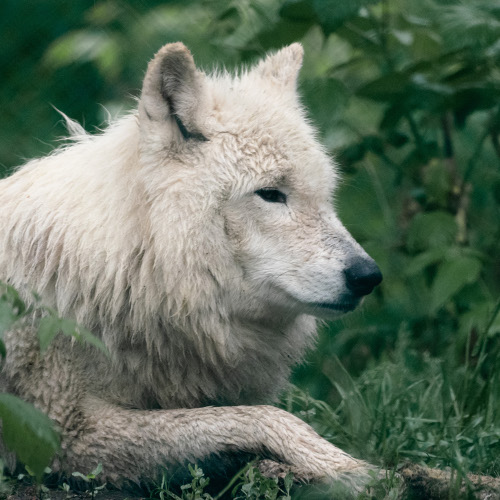 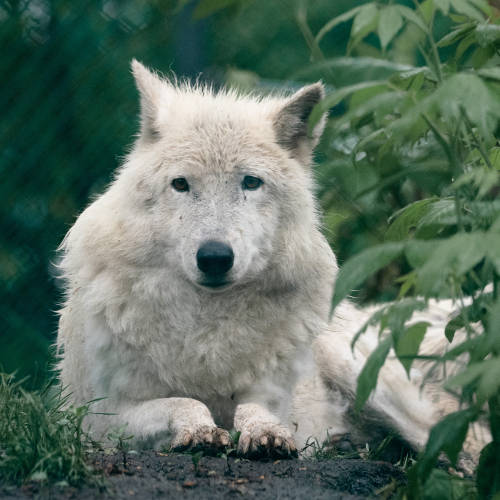 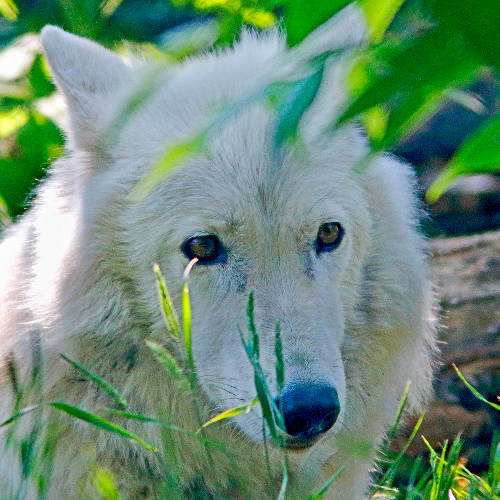