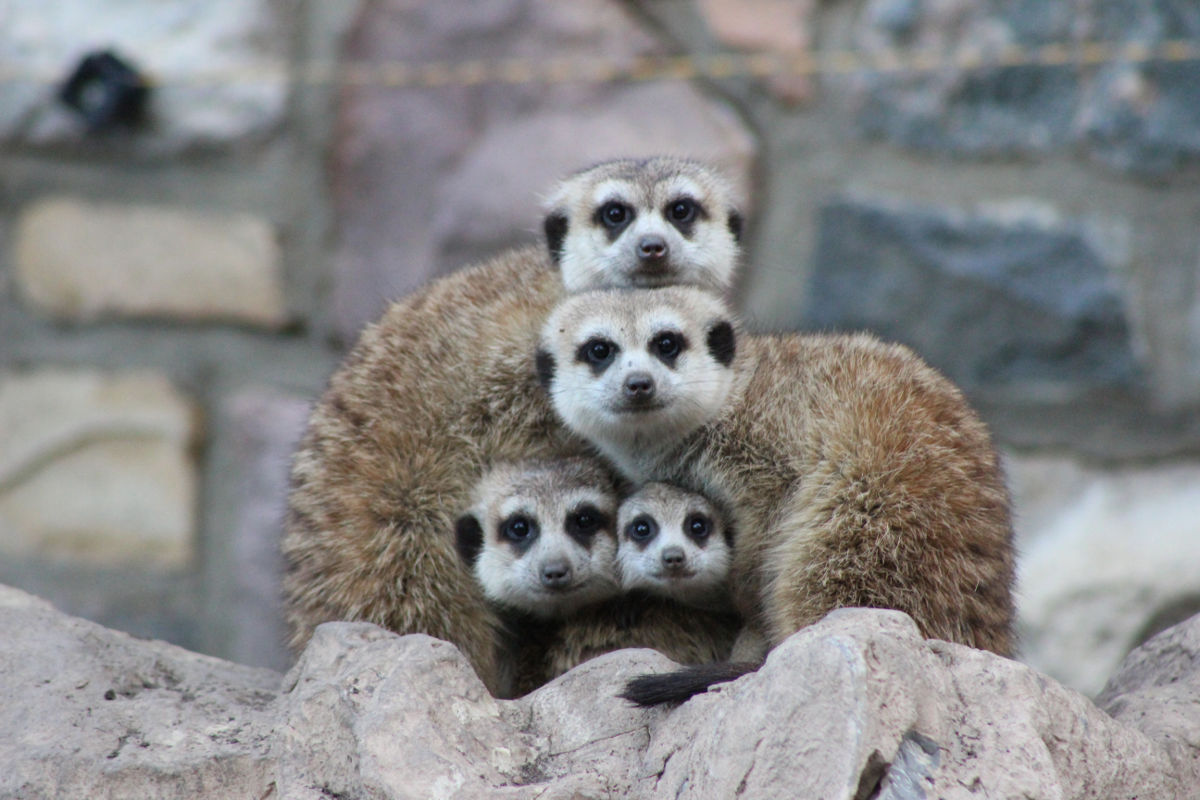 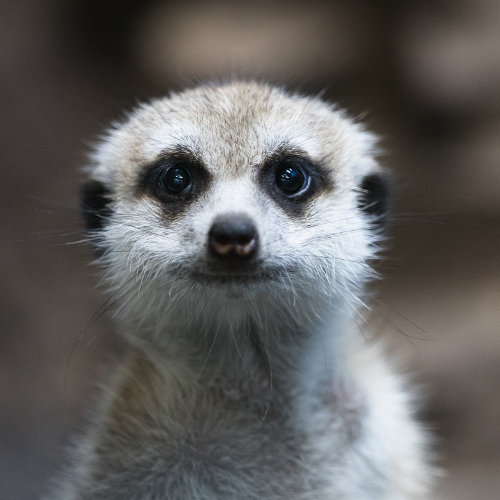 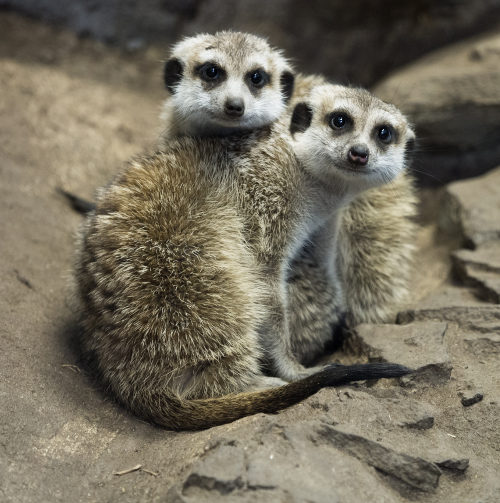 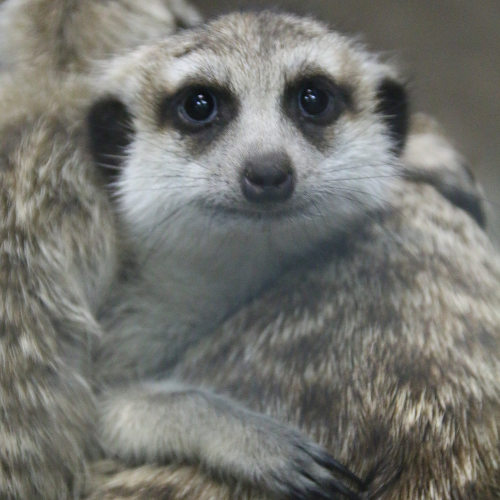 Known for being outgoing, active, and social, meerkats are members of the mongoose family. They are small animals, characterized by grey and brown furry coats with dark patches around their eyes to protect them from the sun’s glare.

Meerkats live in large groups called mobs that usually consist of between 10-15 individuals, and as many as 30. The dominant member is usually a female. All of the meerkats in a mob take turns looking after juveniles. The female meerkats tend to be more vocal than males, but they all have at least 10 different vocalizations, including murmurs, growls, clucks, and barks.

They spend most of their time during the day foraging for food, grooming, and basking in the sun. At least one member of the group always acts as a sentinel, looking out for danger. Did you know? Meerkats begin each day by sunbathing to warm up from the overnight chill.

The Edmonton Valley Zoo is home to a mob of 10 meerkats.

Meerkats have small, slender bodies. They range between 25-35 cm tall (10-14 inches), and their tails are almost as long as their bodies. They weigh around 1 kg (2.2 pounds.)

They are native to Africa and live in the plains, savannas, and grasslands. They can be found in South Africa, Botswana, Mozambique, and Zimbabwe. They live in burrows made up of extensive tunnels and rooms that stay cool.

Meerkats are omnivorous. They mainly eat insects but will also dine on eggs, vertebrates, and some plants. They are excellent hunters.

Meerkats are famous for living in large groups and for their upright posture. They are among the most cooperative mammals in the world and sleep in a furry pile.

Breeding can happen at any time of year. A meerkat’s gestation period is 11 weeks, after which they will have between two to five offspring.

Meerkats are listed as least concern on the IUCN (International Union for Conservation of Nature) Red List. Their natural predators are birds and eagles, who hunt them from overhead, and snakes, which hunt them on the ground. 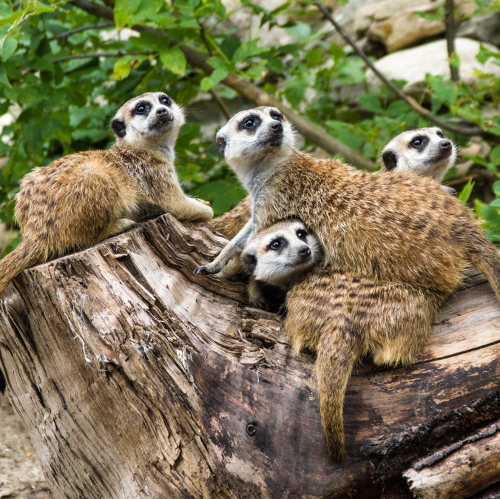 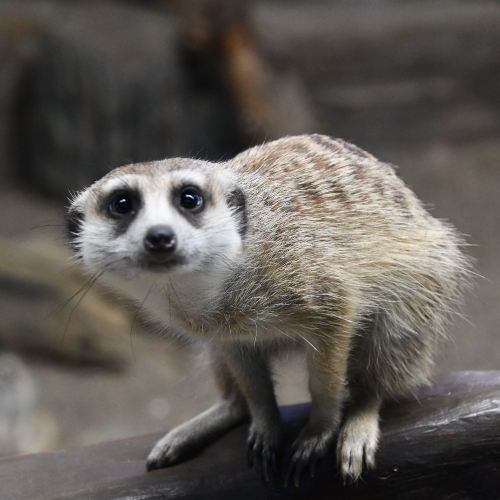