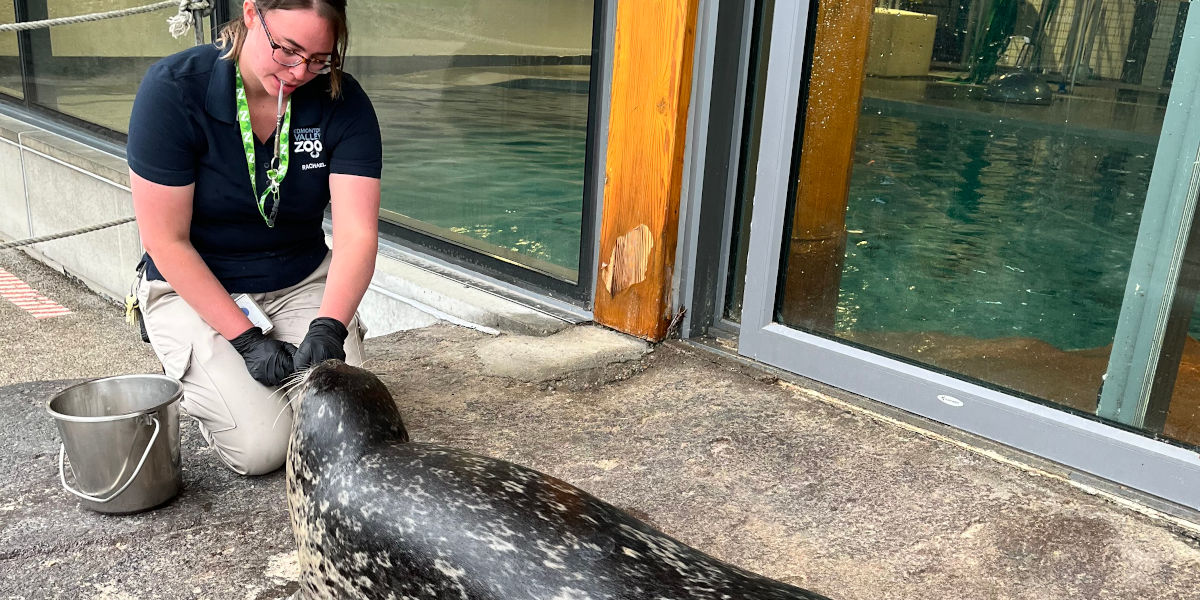 To celebrate National Zookeeper Day, we want to shine the spotlight on one of the amazing and dedicated members of the Edmonton Valley Zoo’s animal care team! Thank you, Rachael, for all you do.

Rachael has been part of the Edmonton Valley Zoo team for eight years but only joined the animal care team a little more than three and a half years ago. After spending some time as the zoo’s Guest Services supervisor and volunteering with the former Zoo Aide program, Rachael moved into her role as a zookeeper. She originally put her degree in Animal Health to good use during the zoo team’s night shift where she prepared diets, fed the animals their dinner, and took care of the reptiles in the EdVenture Lodge. She is now working during the day and is trained to care for many of the animals but spends most of her time working with the raptors, hoofstock, and seals.

Rachael grew up loving animals and knew from a young age that was the path she wanted her career to take. That love is apparent in the way she speaks about the relationships she has built with the animals – especially with Arvo. Arvo is a red-necked wallaby whose mother abandoned him as a young joey because of some early health issues. Rachael found the tiny Joey and took him under her wing – or, rather, into a handmade pouch. She was one of the two main zookeepers to hand-raise Arvo for 6 months until he was ready to live with the wallaby mob full time. Arvo is now fully integrated into the mob and loves to play with his siblings. Arvo is still very comfortable around humans and will gladly play with Rachael in the enclosure. The connection between Arvo and his zoo mom is very apparent. 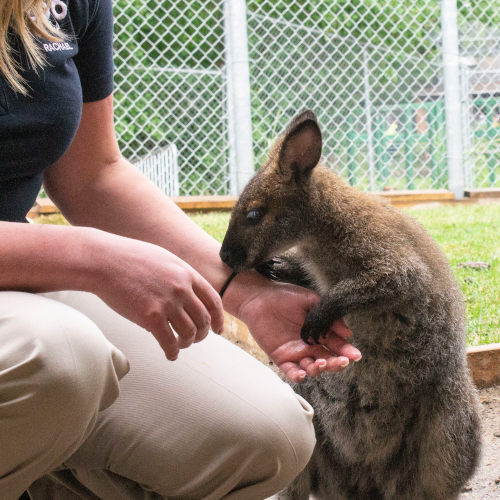 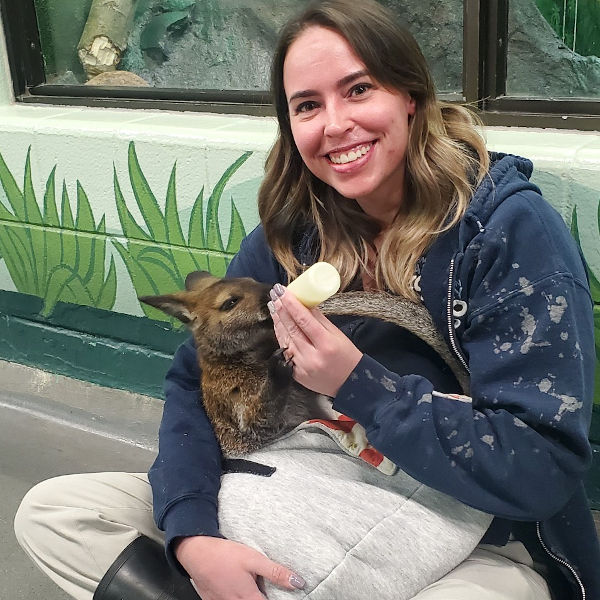 Arvo isn’t the only individual animal Rachael has built a close relationship with during training sessions. Hula the harbour seal has stolen her attention while she claps in the water, splashing everyone around, and sticking out her tongue. Marie and Newton, the kea, will come say hi and play with Rachael as she cleans the enclosure. However, it isn’t all fun and games when caring for animals; it’s a lot of hard work and physical labor. Rachael’s very long 10-hour days start at 6 a.m. – something she finds challenging as she admits she’s not much of a morning person!

One of the things that surprised Rachael during her early animal care journey is how much learning and education is involved. Zookeeping is always a learning experience and many keepers will have degrees in Animal Health, Animal Science, Biology, or even Psychology. However, no matter how much you know about animals and science, Rachael says knowing the individual animals – their personalities, behaviours, likes and dislikes – is the most important!

Thank you for being part of our zookeeping team, Rachael! 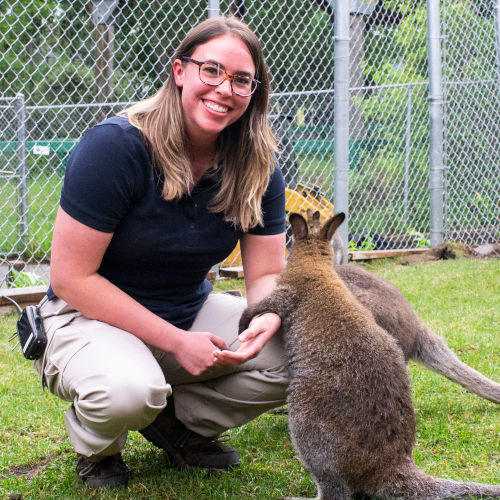 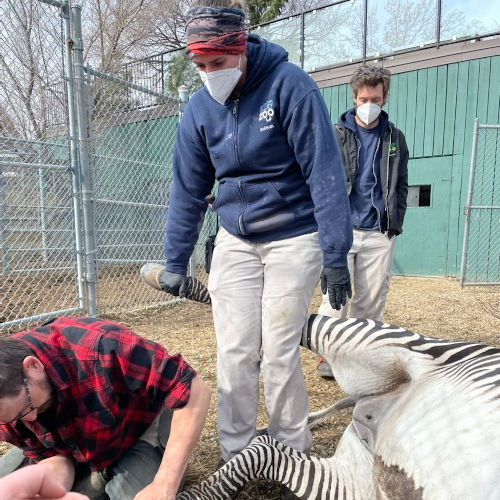 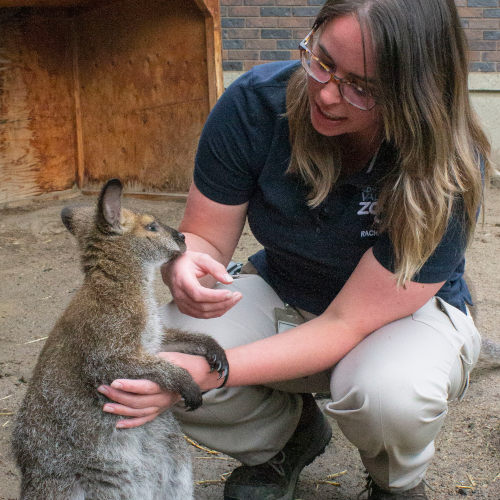